Since time immemorial, the people were bunched in the same village and guided by the same rules. However, when they learned more and more about their history and relics from the ancient times, they started to discover more about their ancestors who were the being refer as the "Upper-Class Peoples". They also uncovered more about death, heaven and the unknown beings found in the underworld. Eventually, many humans developed a stronger faith and their trust in God. Unfortunately, they have been separated into two groups, a group who wants to be forever faithful to one God and another group who aspires to dominate the heaven and earth.

Because of this, their different faiths lead them to separate their rules and form two new systems and established their own kingdoms which are the "Hekalotia" and "Akeronia" Kingdom.

- Applicants must be at lest Level 220.Once a player attains level 220 and wishes to join a kingdom, the King will

- When players want to leave his original kingdom to join another kingdom, a separation fee of 16 pieces of

Sapphire must be paid first to the current Kingdom. The separation fees must be paid to the kingdom's
management NPC (Royal Manager).
- After leaving a kingdom, the player will be distinguished with a white cape.
- The procedures for joining another kingdom will be exactly the same as before. 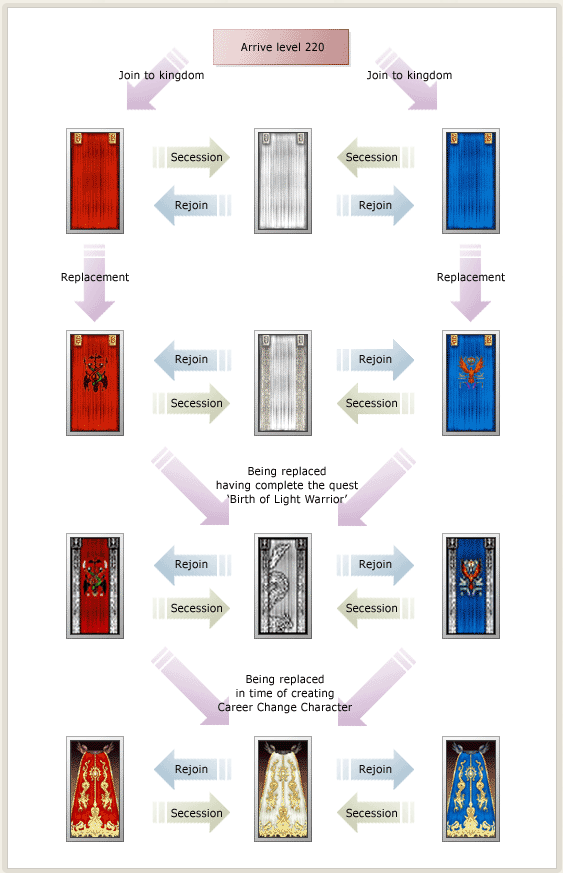 - You can get cape from each kingdom.
- If you kill the other kingdom's knight in possible PK zones, you can get experience. If you're killed, you'll lose your experience. 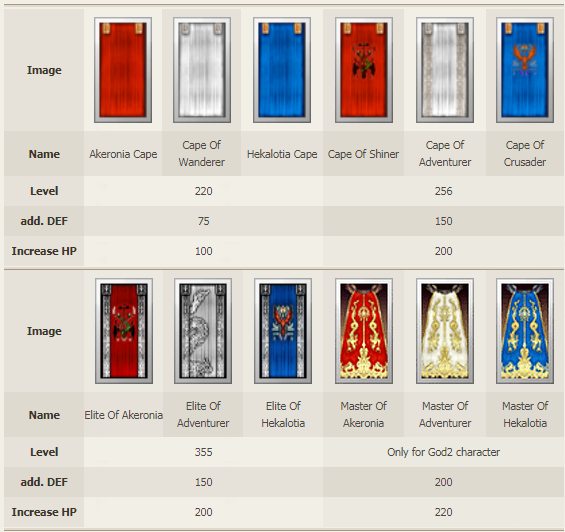