Within the land of Armia are certain animals that are tamed and domesticated. As mankind's domain extends gradually, these animals have now become the best forms of human transportation. In time, the vital roles of these animals have increased phenomenally. Due to rising demands, a new kind of job is formed in Armia. The people in Armia have become adept in hunting wild and animal training, as they now make their livelihood by selling these animals that can be ridden.

- There are 8 species of animals and 10 types of horses which can be used as mount.
- Mounts help to increase the player's battle dexterity, attack capability and movement speed, depending on
what mount/pet you have.
- When using a mount, it will have different intensity in the level of power in attack, magic attack, dodging
speed, defense level and others

- At the start, it will not be possible to ride the mount. It has to undergo the complete stage development from
egg to a foal.
- To complete the transformation of egg to foal, 'Oriharukon Powder' or 'Laktorerium Powder' is needed.
- The foal will grow stronger and bigger whenever you kill monsters.
- After completing the development stage of the mount, its attack and magic power also increases.

The Egg or mount is equipped at the top left portion of the Equipment Menu. All of the mount's effect (food consumption, experience and mount effect) will be shown at the portion where the egg or mount is being equipped. 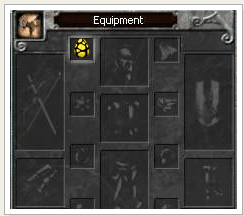 When mount is being ridden, its HP can be tracked thru the orange bar in the interface. 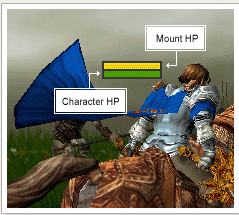 [Hatching Critical Incubation]
- It's necessary to process the number of powders needed in order to hatch the egg.
- When it meets the maximum critical incubation shown in each mount and the refinement has succeeded, the egg will be hatched.

[The length of life]
- When this value is to be 0 as length of life of mount, mount can't be hatched.
- Length of life value is randomly priced at 10~30 for each mount when egg hatching to foal.
- When your mount physical strength is 0, your length of life is expanded and in case of finished one is include
wearing mount character's death.

[Level]
- It has range of 1~100 as mount's level.
- When it's level is 100, finish growth and you can ride a mount.
- To rise your level, you have to pile up your experience that suggested in each level. When your level is 99,
you can grow to level 100 by that mount growth portion

[Feed]
- It shows your hungry level.
- When your feed value is 0, you can't use your mount.
- A feed expand -2~-4 an hour as mount's kind.
- Only when character wearing mount in inventory, a feed is expanded.
- A feed's value can increase by mount's feed in "Erion" town.

[The length of life]

- When this value is to be 0 as length of life of mount, mount can't be hatched.
- When the life growth of a mount is completed (Level 100 attainment), additional 0-20 HP will be added to the current Hp of the mount randomly.
- When your mount physical strength is 0, your length of life is expanded and in case of finished product is include
wearing mount character's death.
- There is no ohter way to extend length of life.

[Feed]
- It's a value of mount's hunger grade.
- When feed is be 0, you can't use this mount.
- A feed spends -2~-4 point as mount's kind.
- A feed is spent when characteris wearing mount in inventory.
- A feed's value can increase by mount's feed in "Erion" town.

- If you want to hatch an egg to a foal, you have to refine hatching critical incubation value by using "Oriharukon Powder" or "Laktorerium Powder".

- After hatching, it must hunt fixed amount as foal.

- A foal start from level 1 and it can rise level to hunt as suggested experience in each level until 99 and to go level
100 from level 99, you have to use growth potion.
- To rise experience of mount, you have to hunt higher level monster and your experience is rise 1 when you hunt
one monster.
- A foal's length of life has 10~30 price randomly when it is hatched.
[When it's foal, each mount's attack power or defensive power] 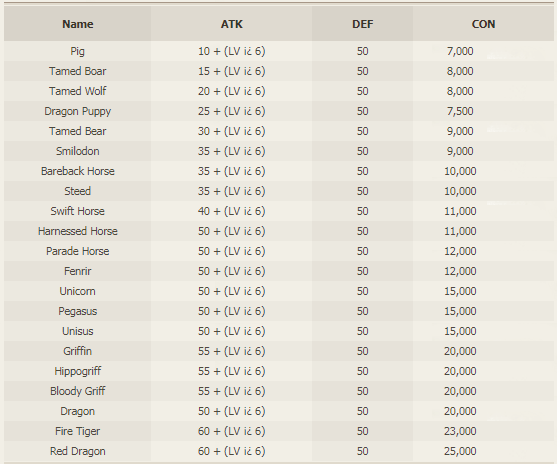 - When a young mount reaches its maturity level, the mount will finally be mountable.
- The growth rate will be indicated even from the condition where the completion water is thick. A specific item
(Growth Misfortune) will only lead it and the level of the mount will rise. Remember that the usage of growth
misfortune has a probability of failing. There is a probability where the quality of growth rate will fail.
- Upon an upgrading failure, 1 life will be deducted. You will be given 20% increase in upgrading success rate for each failed upgrade.
- Each mount's ability differs with each other plus they also have different critical incubation time. When you ride
a mount, you can have increased magic attack, evasion rate, defense and damage absorption. Those effects
will not change even when the mount levels up.
- Once the formulation of the egg is complete, the mount will have a random of 0-20 Life Expectancy.

- When mount is foal and finished one, they could be dead.

- When feed value is 0, value of physical strength is 0, mount wearing character is dead, mount is die.
- When mount is dead, you can revival through mount master in "Arion town" and it'll revival in condition of physical strength 100, feed 5
- You must pay a fixed price to resurrect the mount. The mount's life will have a deduction of 0-3 randomly. 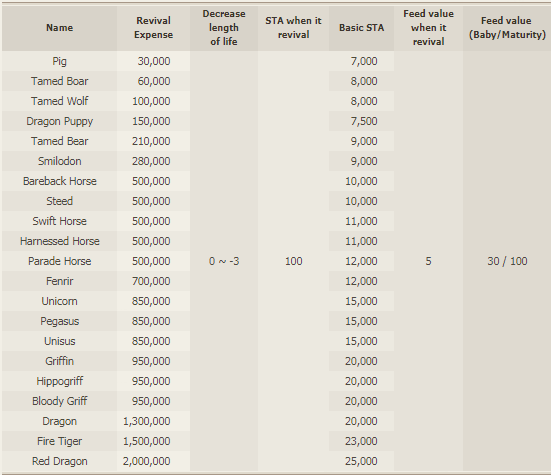 Mount's tip in marked in the chart below is applicable to a finished mount. Read the chart below for tips and explanation. For foal's tip information, refer to "Mount growth progress" page.

[HP]
The mount's physical strength price is same with foal and finished one.

[Revival Price]
When the mount is dead, you can resurrect it by paying a certain amount of gold to the Mount Master of Erion.

[Damage Increase, Magic Attack]
When you ride a finished mount, its values are applied.

[Speed]
The movement speed of your mount is flowed irrespective of your movement speed. The speed value can change by pressing the shortcut key "R". (example in case of 3-6, 3 ¡æwalking, 6 ¡ærunning)

- The food level of the mount decreases overtime, therefore, you must feed your mount to increase its food level.

- When the food level drops to 0, the mount will die of hunger and its life span will also decrease.
- Feed the mount before its life turns to 0. This will help restore its strength. 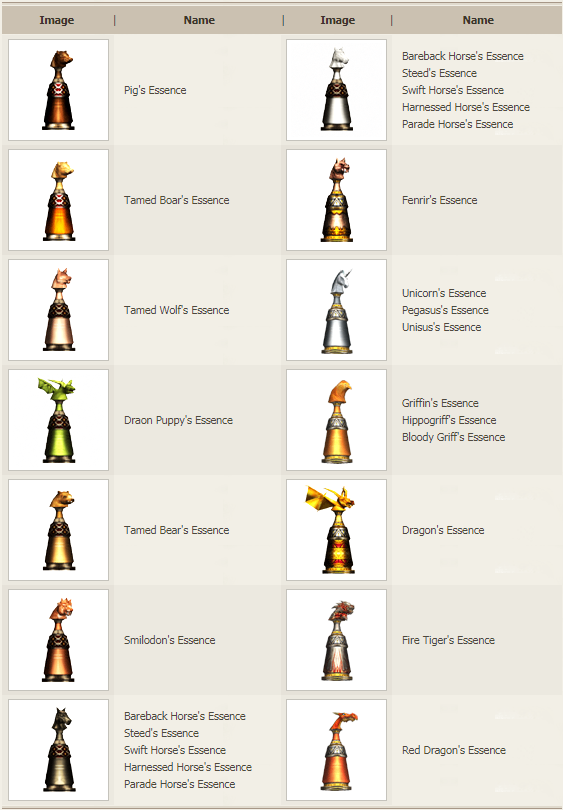